Are Adventist Schools Worth The Cost? 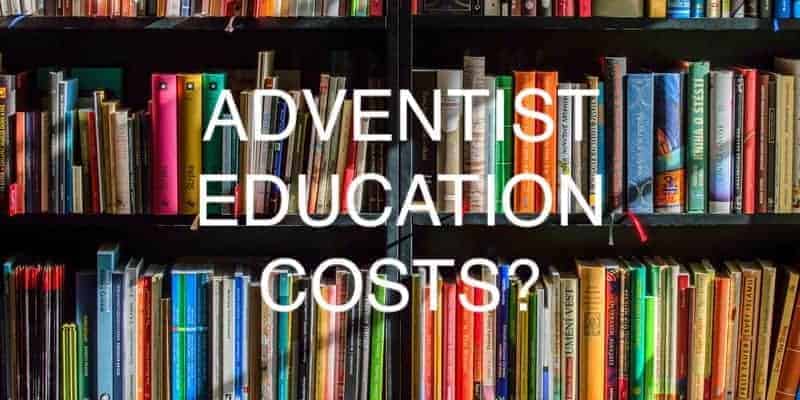 Adventist schools are worth the cost depending on your measure of “worth”. Rather than for economic benefit most Adventist school teachers to it out of love for their students and the mission behind the school. The quality of a person’s education is most often determined by how willing their instructors are to teach them, and the teachers at Adventist schools are guaranteed to be both hard-working and passionate.

This makes for a better student outcome when looking at all datapoints.

Although Adventist schools are more expensive, averaging $5,000 – $9,000 for elementary/high school and $25,000 – $40,000 for college. Some believe they are worth the price. The teachers in Adventist schools take their teaching of the entire person very seriously. They focus on teaching Adventist values and current academics. Many of the elementary schools are taking up the latest Project-Based Learning (PBL), which can only bee accomplished in a high teacher: student ratios.

However, for middle and lower-class families, the pricing of Adventist schools becomes unbearable. Considering that both Adventist high schools and colleges cost significantly more than the public options to attend. Some families must take on considerable financial restrictions to afford to send their children there. However, the Adventist system does offer considerable financial aid. There are often supporting churches who will sponsor the difference of which a family can not make up.

If the potential student is able to receive financial aid from the school or  Grants from the government, then affording an Adventist education becomes much easier. In addition, tuition assistance is also offered to students already enrolled in Adventist schools if they are having issues regarding the acquisition of enough money to pay their yearly tuition.

If the future student highly values Adventist principles and would like to learn in an environment in which they are highly regarded an Adventist school might be the best option for them. For everyone else, why not save the cash and go with the public option.

Why does Adventism focus on education?

Adventism focuses on education as a way to enrich the upcoming youth who will one day change the world. By focusing on education, a student learns that their faith can be prevalent in every part of their life, rather than just in the presence of the Church.

The school then has the opportunity to reassure students in the Bible as well.

Adventist education uses a variety of methods to enrich the learning of its students, such as workshop, PBL, and other hands-on examples as well as interactive verbal lessons. Not only is the quality of learning greater with Adventist education, but it also has a longer lasting impact on those that choose to partake in it. Ted Wilson of the Adventist church states “The solidification of a person’s faith and Adventist virtues can last a lifetime if enforced through an Adventist education”.

The adventist goal is to focus on the returning of Jesus and be prepared in mind, body, and spirit. Adventist education also helps students create healthy physical and spiritual practices, making sure that these healthy habits are maintained. Overall, if the school is growing, the curriculum of an Adventist education is far more enriching when compared to the traditional education found at public and charter schools.

Adventist education also helps students create healthy physical and spiritual practices, making sure that these healthy habits are maintained. Overall, the curriculum of an Adventist education is far more enriching when compared to the traditional education found at public and charter schools.

Do you have to be Adventist to go to an Adventist School?


No, anyone who would like to attend an Adventist school is welcomed

Do you have to go to church if you go to an Adventist School?


Some Adventist schools require a certain level of attendance, others do not care.

How many Adventist schools are there?


There are tens of thousands of Adventist schools worldwide.

What is the best Adventist School?


It completely depends on what you value. Many schools are different and unique in what they value.

The cost of Adventist schools vs. other schools

The average amount that students end up paying for tuition is often far less than the advertised sticker price. On average, eighty percent of students that attend Adventist schools receive some form of scholarship or grant from the school that they are attending (SpectrumMagazine). If a student does not receive any financial aid directly from the school that they are attending, they may still be eligible for a cheaper tuition statement.

Students can also apply for Pell Grants. These grants are generally given to people from low-income households in order for the individual in question a better chance at receiving a higher education. Of course, the remaining tuition can be paid with student loans or the student’s personal income. At the time of payment, the tuition of a student attending an Adventist school will be significantly less than the sticker price that they were originally given. Although originally higher than public schools, the costs of Adventist schools are beyond worth the higher tuition, which are easily manageable if the student is able to receive scholarships or other forms of financial aid.

The Benefits of Public Schools

Public schools are often much less expensive when compared to private schools… often borderline free in comparison! Even though students may be able to make use of scholarship opportunities for private Adventist schools, the same opportunities exist for public schools, making cheap prices for tuition even cheaper!

As a result, a person from a middle or lower class family that may have not been able to seek higher education before can get one without straining the entire family’s finances. Since an education from a public school is more easily accessible, it can be expected that a future student would be exposed to a myriad of other cultures and ways of thinking that they would not have been exposed to had they gone to a private school.

The Benefits of Private (*Adventist) Schools

Private schools, which Adventist schools fit into,  have quite a few different opportunities for students. Although more expensive, the costs are put in place with the intent of providing a greater experience. The student to teacher ratio is usually much lower when compared to public schools.

The funds from higher tuition are used to hire much more staff than at a public school. With a lower student to teacher ratio, the quality of education can improve. Lower class sizes are imperative for ensuring that a student is able to have access to a quality educator. With lower class sizes, a teacher is able to work with each of their students more intimately than if they were to teach a class with an incredibly large number of students. As a result, a student feels less pressured to reach out to their teachers, and are able to establish more of a friendly connection with them.

This connection is vital in establishing a system in which a student is able to get the help they may need on a more personal level. Such a connection is nearly impossible in public schools with their overwhelmingly large class sizes.