Do Adventists Have Sex? (What you really want to know) 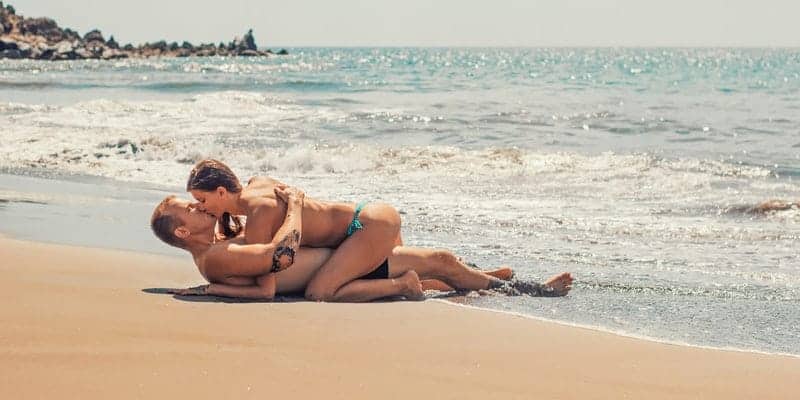 Members of the Seventh-Day Adventist Church have sex just like everyone else and similarly. The Adventist church has a strong stance against premarital sex.

This is due to the Bible’s clear teachings on sex and its role in human lives and developments, for example in Genesis 2 18:24, it becomes clear that both marriage and sex are important – within the boundaries that the Lord has placed upon us. Marriage and sex are separate, yet the same.

Why does an Adventist believe this?

The Seventh-Day Adventist Church bases its beliefs on the Bible and has no secondary resource in the way that the Mormon Church does. An Adventist, therefore, would believe in sex as being wrong outside of marriage, because God designed a man and women to come together within the covenant of marriage. Therefore, to partake in sexual acts outside of marital bonds is entirely contrary to the Bible. Alternatively, it is important to acknowledge that God has made sex pleasurable to allow us to enjoy sex, and some people would perhaps even argue that God wants us to enjoy sex as a gift to humankind. Yay SEX!

The Adventist church maintains a strong position of the importance of sex as a part of a marital bond rather than as a pastime for teenagers. Overall, it is important to realize that a member of the Adventist Church will first and foremost follow the Bible, and thus will protect themselves from the influence of the Devil.

Do Adventists Use Birth Control?

Yes, Adventists use both condoms and birth control as it does not go against the teachings of the bible.

Are Adventists Good At Sex?

That varies on a per person basis. Some good and some bad just like everyone

Do Adventists have lots of kids?

Adventists usually keep small to mid-sized families. Never usually going the way of the Mormons of having 6+ kids.

Is a “Hand Stuff” Considered Sex in Adventism?

That is something between you, your partner and God. There is nothing explicit in the bible that defines what is or is not sex. Usually, the more you push the limits of your morals the more you feel uncomfortable, what those limits are is up to you.

What is the Adventist Definition of Sex?

Sex is defined as when a man and a woman come together, in an act to create a new life. This occurs because God decided that no man should be alone, and so created women to be a companion. Just like the vast majority of animals in the world, humans have sex because it lets us breed and have children, ensuring that there are new generations.

What does the Bible say about sex?

As we have established that the Seventh-Day Adventist Church likes to focus on the teachings of the Bible in a pure form, it is imperative that we look to the Bible when attempting to get guidance for the role of sex in our lives.

In Ephesians 5:3 we are warned directly about the dangers of sex, with the Bible stating “But among you there must not even be a hint of sexual immorality, or any kind of impurity, or of greed, because they are improper for God’s holy people”.

In Hebrews 13:4, we are also told about the importance of marriage – which directly links to the role sex plays within our lives. “Marriage should be honored by all, and the marriage bed kept pure, for God will judge the adulterer and sexually immoral.”

Here we can see that not only is the Lord stating the importance of marriage, but He is also proving the role of sex as a healthy part of marriage and an integral part of respecting the wishes of God.

What do other religions say about sex?

Protestant and Catholic views on sex do not much different.  The Bible is explicit on the terms of sex outside marriage as something to be frowned upon – in fact, he makes it clear that it is a sin for which we will be punished. As a result, most Christians are quite similar in belief regarding sex.

However, outside of Christianity, many would have differing opinions. Within the three Abrahamic religions (Christianity, Judaism and Islam) the stance on sex before marriage is pretty universal – it is disallowed in all three overarching religions.

Hinduism, for example, is very open to the role of sex within religion, with some yoga practices focusing on the channeling of sexual energy, and many depictions of topless or sexual statues. Therefore, it is clear to see that while in the minority, some religions do accept the role of sex outside of marriage, though it is also worth noting that within the social boundaries of India and Pakistan, while sex is not limited by religion, it is very much a taboo subject and not permitted outside of marriage.