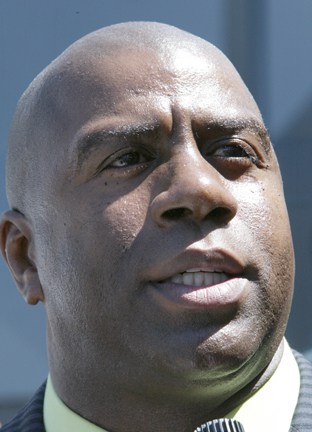 Malcolm X (May 19, 1925 – February 21, 1965) was born in Omaha, Nebraska. He became a public figure of a human rights activist during the civil rights movement and was also an American Muslim Minister. Malcolm X was infamous for black rights controversial advocacy where some people scrutinize him as a person who harshly accused white Americans on their offenses against black Americans however, there are still others who considered him as a preacher of violence and racism. It was in his autobiography where he spoke about his family’s association with Seventh-day Adventist especially his mother and on how the religion made an impact on his and his family’s lives. More information about Malcolm X and his connection to Seventh-day Adventism can be found at this link

Prince Rogers Nelson (June 7, 1958 – April 21, 2016) is an influential American musician, songwriter, singer, record producer, filmmaker, actor, and dancer. He is mostly known in the music industry because of his wide range vocals and natural talent for performing different styles of music. He was raised Seventh-day Adventist however in 2001, he joined the Jehovah’s Witnesses. It was on his “Sign O’ the Times” album where his sharing of the gospel was highly evident. For more information about Price and his religion, you can visit Read About Prince Here

Brian McKnight (June 5, 1969) is an American R&B singer, songwriter, producer, and multi-instrumentalist. Raised a Seventh-day Adventist, religion was very important. The McKnight family was active in the church where his grandfather was a pastor, his mother was the pianist and a gospel choir singer which highly influenced Brian and his brothers to join an a capella gospel quartet. He also attended a Seventh-day Adventist university, Oakwood College, from 1987-1989. Even though he has never won any of his 16 Grammy Awards nominations, he remains a prominent man in the music industry. More information about Brian McKnight can be found at Read About Brian McKnight Here

Chilli is 1/3 of supergroup @officialtlc on instagram. She is a proud mother and Seventh Day Adventists Christian. Involved with business, dance and music she continues to have a prolific career across a variety of industries. You can find her on instagram @therealchili .

Thomas was born in Atlanta, Georgia and graduated from Benjamin Elijah Mays High School in 1989.

DeVon Franklin (April 13, 1978) is a bestselling author, Hollywood producer, motivational speaker, and renowned preacher. He is well-known for his religious films Heaven is for Real, Miracles from Heaven and his book entitled The Wait which is one of the New York Times best-seller books. Franklin and his wife’s religion as a Seventh-day Adventist was well reflected in their books where it mostly covers their faith and beliefs. More information about DeVon Franklin can be found Here

Ben Carson (September 18, 1951) is an American author, politician, and former pediatric neurosurgeon. He became notorious when he declared on May 2, 2015, that he will be running for the Republican nomination in the 2016 U.S presidential election however his campaign was withdrawn on March 2 for Carson announced that he wasn’t able to see a political path forward and chose not to attend the next Republican debate that was held in Detroit. Carson and his wife started the Carson Scholars Fund in 1994 that offers scholarships to grade 4-11 students that show academic excellence and humanitarian qualities. Over the years, he has been deeply vocal about being a Seventh-day Adventist and was even baptized twice and served as a Sabbath School teacher and local elder in the Seventh-day Adventist Church. More information about Ben Carson can be found here

Gregory Ellis Mathis (April 5, 1960) is a retired judge at Michigan 36th District Court and now an arbitrator of the Daytime Emmy Awardee reality show, Judge Mathis. One of the famous motivational speakers for the Black American community and pride of being the longest African American to reign a court show judge. On July 1, 2018, Mathis speaks about the significance of Adventists on his and his family’s life at the memorial service of Clara Peterson Rock at the Oakwood University Church. More information about Greg Mathis and his religion can be found here

Joyce Bryant (October 14, 1928) gained fame as a nightclub and theater performer in the late 1940s and early 1950s. This American singer and actress are known for her tight mermaid dresses and silver hair. Reaping the name “the black Marilyn Monroe” and “The Bronze Blond Bombshell” as she became a sex symbol for the African-American community. During the height of her popularity in 1955, Bryant left the industry to fully devote herself to the Seventh-day Adventist Church as she began to feel uncomfortable with her built public image. Ten years later, she returned as a classical singer and later on became a vocal instructor. More information about Joyce Bryant can be found at here

Malik Izaak Taylor (November 20, 1970 – March 22, 2016) is famously known as Phife Dawg, a rapper and a member of A Tribe Called Quest hip hop group. Because of his 5 feet 3 inches height, he was called “The Five-Footer” or the “Five-Foot Assassin”. His work and his group object the behavioral impression and sincerity of hip-hop and rap music during the 1980s and 1990s. It was alleged that his work influences the famous rappers of today such as Kanye West and Jill Scott. His passion was developed as he sneaks episodes of Soul Train as he visits his grandmother, who is a strict Seventh-day Adventist, on weekends. His track “Ham and Eggs” depicts his religious beliefs that supposed to follow vegetarianism however he chooses not to. More information about Phife Dawg can be found here

Earvin “Magic” Johnson (August 14, 1959) is a retired professional basketball player. He was also a former president of the Los Angeles Lakers. During his seasons, he received a total of three NBA MVP awards, and appeared in nine NBA Finals, twelve All-Star games and won the Olympic gold medal in 1992 U.S. men’s Olympic basketball team. In 1996, Johnson was also honored and recognized as one of the 50 Greatest Players in NBA History. He was raised in an Adventist Family and a recipient of the 2016 Humanitarian Award of Oakwood University Church. In Addition to that, he declared that he was donating $50,00 for scholarships to Oakwood University’s ingratitude for the university’s input on his family’s education. More information about Magic Johnson can be found here

PrevPreviousDo Adventists Eat Pork? Here is Why (with pics)
NextDo Adventists Have Sex? (What you really want to know)Next