Do Adventists Eat Pork? Here is Why (with pics) 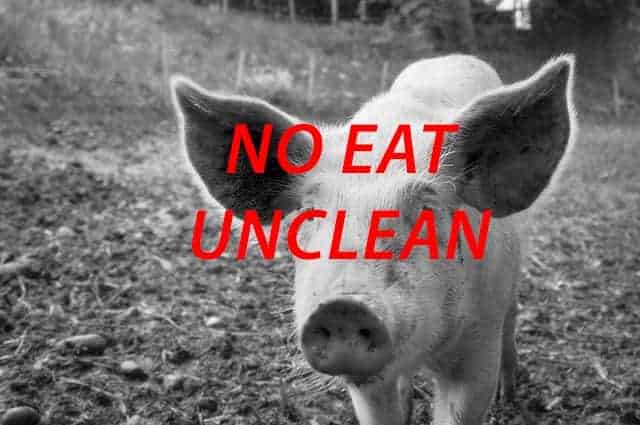 Seventh Day Adventists do not consume pork. According to the Bible, Leviticus 11 sets clear the divide between clean and unclean meats. It categorizes animals such as predators and scavengers among the list of animals not to be consumed while allowing for a wide variety of fish, land, and plant-based diets to promote healthy living.

The reasons behind such restrictions were typically based on the cause and effects of their consumption. Since pigs were scavengers, they were a source of trichinosis and other diseases. Not so long ago, people reared their livestock and would feed them mold-infested food and then eat the animal that just ate the bad food. Since pigs are scavengers, they would feed on a myriad of infested foods, thus being key disease vectors. Ellen G White, a principal founder of the Adventist faith, reiterated on numerous occasions in her books why pork consumption was unsafe. This health message has stuck over the years among Adventist believers and is the basis of their strict diet.

Adventists don’t feel that Christians are obligated to follow the Jewish laws as stipulated in Leviticus 11.

Nevertheless, their application of the law centers on bodily health, which is an essential factor in Christian life. Therefore, they took a strict stance on all meats, considered unclean. Further, a vegan diet, as put forward by Ellen G White, was God’s original plan for humanity in the Garden of Eden.

She also advocated for less cruelty to animals. The basic fact of eating meat due to one’s desire as compared to survival was cruel, mainly when there were better ways to acquire the same nutritional value in a plant-based diet. This begs the question, what meats should Adventist consume?

Despite the strict restrictions governing the consumption of meat among the seventh-day Adventists, there exist rules that typically highlight clean from unclean meats. Certain clean meats such as fish, poultry, and other red meats apart from pork are considered as clean meats as well as other animal by-products such as low-fat milk and eggs.

Animals with split hooves such as deer and cattle are also regarded as safe for consumption. They are typically considered as kosher meats-slaughtered and prepared in a way deemed to be safe for use according to Jewish laws.

Deuteronomy 14 and Leviticus 11 set the distinction between clean and unclean meat. It is not surprising that the seventh day Adventists still follow these guidelines in their quest to promote healthy living. Adventist hold the record as some of the longes living individuals accross the world. Loma Linda, located in southern California is considered a blue zone due to the concentrated number of adventists located here.

Harvey Kellog and other Adventist pioneers in the 1800’s advocated for healthy living before that was popular. They were credited with bringing awareness to the SDA’s diet based on medicinal plants, foods, drinks, and herbs. Such knowledge promoted longevity since they could easily combat cancer, diabetes, and high blood pressure through plant-based diets.

Is Pork an unclean meat?


Yes, according to Leviticus 11, pork is unclean


No, due to it being an unclean meat Adventists do not eat it.


No Adventists do not follow the Kosher laws of food preparation.

Despite there being no laws given by Moses in Leviticus against kosher meat, there exists a stigma against meat consumption since the awareness of plant-based healing is so high. Most of the leaders are strict vegetarians and are credited with creating hype for non-consumption of meat and meat products.

What Meats should Adventist Not Consume?

An early distinction between clean and unclean foods can be traced in the Bible during Noah’s time in Genesis chapter 8. Before the flood, Noah was commanded by God to separate clean from. The most transparent distinction comes in Leviticus chapter 11: 2, where clean animals were classified as those that chew the cud and have split hooves while clean water-based creatures had fins and scales (Leviticus 11:9).

All other animals without such characteristics are regarded as unclean. Animals such as rabbits, rodents, non-scaly sea creatures such as crabs, shellfish, birds of prey, and those with webbed feet, snails, and all creeping creatures were considered unclean.

What does the Bible say about ork and other unclean meats?

As earlier discussed, certain meats were considered unclean according to the laws of the Old Testament in Leviticus and Deuteronomy. These laws were obviously due to health concerns and were a critical factor in distinguishing the Israelite’s as a holy nation unto Jehovah (Deuteronomy 14:21). However, such dietary requirements were confined to the Old Testament and are not in force today; therefore, one is not restricted to the type of meat they should eat (Colossians 2:14).

Despite the heavy stance on pork consumption fronted by the Seventh Day Adventist, Christ comes across as teaching many principles in the preparation of the Jews towards the abolishment of the laws of Moses. For instance, Christ observed that it’s not the food that corrupts a person; rather, it’s the evil thoughts that reside within him that make him evil. Reference can allude to this through mark chapter 7:19, where all meats are cleansed.

Why Do Other Religions eat pork?

In Acts 10:12-16, peter is directed by the Lord to kill all the animals in the sheet composed of all reptiles. Birds and other animals. Peter declares that he won’t consume what the Jewish law bans. The Lord replies that he should not call anything that God has declared clean unclean.

Christians know that their bodies are the temple of the Holy Spirit, hence they should take care by avoiding unhealthy foods. However, Christians, as well as other religions eat pork due to the new-found freedom purchased for them by Christ.

Some religions and other people consider it an abomination for eating pork since God showed his anger on those who ate it in Isaiah 65:4. Since Christ is God’s word in the flesh, he came to fulfill the will of his father, which is not to abolish the laws of Moses but to fulfill it. Therefore, did Christ restrict the consumption of food? In Mark 7:18-23, Christ further says that nothing from outside can corrupt or defile a man because it doesn’t enter the heart but the stomach. What comes from within a man’s heart, such as deceit, wickedness, fornication, and lies, is what defiles a man.

Adventists do not eat pork, other religions do and everyone can do what they want.