Do Adventists Drink Alcohol? (No, Here Is Why) 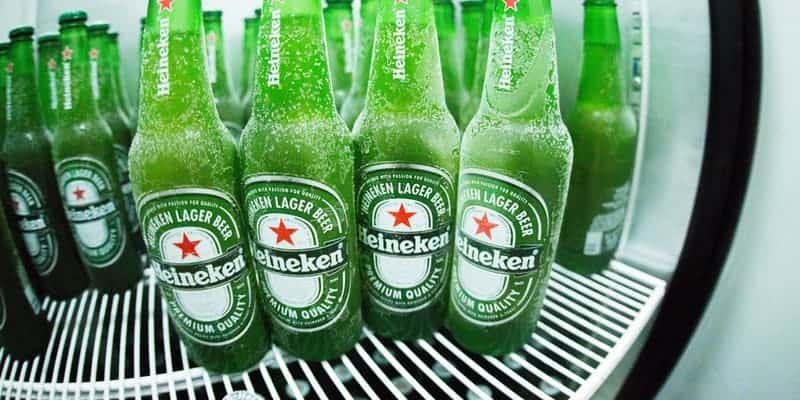 The short answer is:

Adventists do not drink alcohol or use any other form of drugs. Adventists view their bodies as a temple of God and nothing that harms the body should be consumed. This goes for food as well.

In the end, each person is accountable for himself yes, even Adventists. Each individual must decide whether or not to drink, based upon their convictions. It gets squirrely as to what is “right” and “wrong”.

Read About “Do Adventists Eat Meat?” *With Pictures

This article is specifically about Alcohol. Just to clarify, Adventists take medical drugs when described by a medical professional but in general, do not drink alcohol recreationally.

Christians as a whole are divided with different views on alcohol and wine drinking, while some argue a little of it is not wrong because it does not affect their health or behavior, others completely go against any form of alcohol consumption.

What does the Bible Say About Alcohol Consumption? (How Adventists interpret it)

John the Baptist is a fairly good example, by anyone’s standards, as a “man of God”. One of the orders for John the Baptist was that he should “drink neither wine nor strong drink”. He was to be great in the sight of God. All of the strongest men, the wisest men, and the closest men to God were instructed not to drink alcohol in any form. Shadrach Meshach and Abednego is another great example. Read That Bible Story Here

This is a fairly clear indication that God advises against the consumption of alcohol and other substance that alters a person’s ability to think soberly and to reason things out in life. Adventists lump smoking, drugs, wine, alcohol, and even unclean meats into this category.

Is Wine Different in the Bible?

Civilizations had several ways of preventing fruit and fruit juices from fermentation which resulted in different alcohol percentages. Yes, there was alcohol in it, how much is up for debate.

Did They have Vodka in the Bible?

Most references to drinks in the bible were wine.

What do Adventists do for 21st Birthdays then?

Lots of fun things! Sky diving, bungee jumping, paintballing; usually something involving friends and community instead of isolation and intoxication.

No one reasons properly when his/her mind is under the influence of alcohol. That is as close to a fact as you can get!

If you believe God has a reason for us to live and to do the things we do, then you probably shouldn’t drink alcohol. If you don’t, I’m not sure why you have made it this far in this blog.

Look at it from the other side. Just because something is legal in the society in which you live, does not make it acceptable to do.

What do Christians, in general, think about Alcohol?

Drinking was widely practiced by first-century Christians. With that in mind, what does the Bible say about drinking, short of becoming drunk?

You Should Abstain from Alcohol if you are Adventist or Christian.

1 Proverbs 31:4-5 is the first passage that suggests abstinence from all alcoholic beverages. It says that “kings” are forbidden to drink because of the possible impairment to their judgment. (i for one would like to be a King)

During the days of monarchies, kings often served as the judge of the highest court. The Bible was indicating that they shouldn’t drink because of the negative effects that any impaired judgment would have on the important decisions that they needed to make.

Couldn’t this be expanded to include most of us today? Who isn’t responsible for some important decision-making concerning our families, jobs, churches, society, etc. Also since we’re unsure of when we might have to make an important decision, it is nearly impossible to allot time for “safe” drinking.

2 In Romans 14:21, we are charged not to drink if it offends someone else or discourages their spiritual walk. Even if a Christian/Adventist has decided that drinking isn’t a sin, he may still choose to abstain to prevent a fellow Christian from stumbling; perhaps one without the same level of reservation.

One could argue that none of the above passages explicitly says that Christians must not drink. Some passages even appear to not only condone drinking but to be commanded to indulge.

Is it ok to drink if you are Adventist or Christian? These three passages seem to condone drinking.

2 In 1 Timothy 5:23, Paul tells Timothy to stop drinking only water and to drink some wine because of his stomach and frequent illnesses. Whether or not this imperative should be obeyed by everyone is not clear. Perhaps it’s a special command to only a particular person because of health issues. Either way, we do not have vodka shots in the hospitals 🙁

3 In 1 Corinthians 11:22, Paul tells the Corinthian believers that if they choose to drink, they should do so at home instead of at a church service.

Of these five passages, the first seem to favor abstinence while the later seem to favor indulgence, especially for those who are distraught. Regardless, we know for sure that drunkenness is forbidden in any case. The Adventists who drink probably prefer Proverbs 31:6-7 and 1 Timothy 5:23, while the Adventists who abstain may emphasize Proverbs 31:4-5 and 1 Peter 4:7.

However, Romans 12:1 would seem to indicate that one must consider the mind-altering effects of alcohol, as well as the long-term risks to one’s health. It could be argued that it is possible to drink in moderation without experiencing a change in thinking capacity that would affect decision-making.

A powerful story (no pun intended)

Before the birth of Samson, God gave instructions to his parents regarding him. The reason is that He was going to use Samson in a great way. The commandment was that Samson was not to touch wine or strong drink. Even his mother was forbidden to partake of such. God did not want this powerful vessel to be drinking. Are you a powerful vessel?

In the end, each person is accountable for himself yes, even Adventists. Each individual must decide whether or not to drink, based upon the above criteria, or personal conviction by the Holy Spirit. Although there are cases when intervention is required, usually this is simply a personal choice and one that shouldn’t be judged by others.