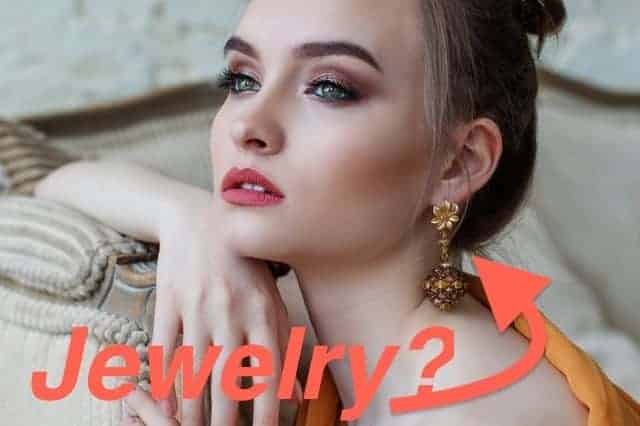 “Yes”, Adventists can wear jewelry, but it is usually discouraged. Seventh-day Adventists refrain from putting on jewelry for various reasons, even though wearing jewelry is allowed. The question of whether Adventists should wear jewelry is up to debate, because of different cultures and different ideas.

Who Said “No Jewlery” and why do Adventists follow this?

According to Ellen G. White, an American Christian pioneer, the motivation of not wearing jewelry is not justifiable for a couple reasons. First, natural beauty, which is the kind of beauty without ornaments or make-up, is more valuable and more reflective of human nature.

This is an approach for an authentic and ascetic lifestyle where morality should be focused on, while ornaments do not offer to enhance the moral values that each Christian should uphold. Thus, in defense of her practices and arguments, she encouraged Christians to often focus on the lessons that Jesus has bestowed upon them to live a better life with love and compassion instead. Another reason is that Mrs.

White was in favor of the perpetual moral values that live on forever, while ornaments like jewelry are only temporary. She stated that, “time is too short to adorn the body with gold and silver or costly apparel”. Seventh Day Adventists also do not wear jewelry. One reason that stands out is the belief that they are “saved by Jesus’ blood, not by anything they do”or not do.

Read About All Adventist Beliefs Here

They don’t consider wearing jewelry a sin in itself, but they actively avoid engaging with ornaments. Conclusively, while some Adventists do not wear jewelry and do not support that lifestyle, certain Adventists do otherwise.

Why Do Some Adventists Wear Jewelry?

Some Adventists do wear jewelry for specifically different reasons. For the most part, more traditional, conservative-type Adventists admonish against wearing jewelry, while more liberal-type Adventists claim that traditional Adventists’ viewpoint is too extreme and that certain type of jewelry has been worn for a very long time in history.

These Adventists do not fully believe that Jesus instructed Christians to hate jewelry as if Jesus were opposing all ornaments. Even a seemingly very traditional Adventist like Mrs.

White had to admit that a ring can be worn in marriages if it fits into the custom and traditions in other countries or regions. The ring is one of the many types of jewelry, including necklaces, bracelets, even amulets, etc. If a regional tradition regards wearing certain jewelry as the norm and there is nothing that suggests that the religious members would betray or go against the preaching of Jesus, then human nature cannot be tainted by the rigid prohibition of jewelry. Adventists who believe that a very moderate amount of jewelry can be worn look at the Bible teachings with a different yet still careful approach.

Excessive jewelry is still deemed unnecessary and should be avoided, but traditions and customs should not completely destroy the values of beautification, especially if the highest-ranked leader in the community or region wears jewelry to reflect social hierarchy between the revered and the poor. In the end, this is an acceptable perspective.

Because specific jewelry is targeted for either condemnation or approval, it is now quite an essential topic to determine what defines jewelry. Jewelry has been used throughout the length of history until the present day. In ancient times, jewelry was much more primitive and not as sophisticated as the materials we see today.

Such simple materials include leather, bones, pebbles, rings, diamonds, pendants, necklace, all of which were predominantly a result of hunting animals. Because of the diverse forms and shapes, jewelry is materials that are worn for beautification, leadership, wealth and blessing purposes.

It was suggested that these multi-purpose jewelry is reserved to make community members stand out and that there should be some social hierarchy. The purpose of adornment is what differentiates jewelry from normal clothing like pants, socks, etc.

The jewelry materials can be very expensive and complex the more advanced and prosperous a society is. For example, during the Roman world, gemstones and gold coins were decently lavish jewelry. Amulets were also known to bring more fortune. Generally speaking, jewelry is classified as items that give special meanings depending on religion and community viewpoints.

What do Adventists Believe Today?

Nowadays, the use of jewelry for royal and beautification purposes seems to be a standard. This is commonly seen in women of different classes, ethnicity and culture. However, such norms are not applicable to Adventist Schools. Even though certain jewelry is allowed, it is highly discouraged, and as such, learners and devout Christians in such environments do not typically wear jewelry.

A representative Adventist school is Loma Linda University, which is considered a Seventh-Day Adventist society. The maintenance of traditional values regarding jewelry is therefore rather strict. Primary reasons include abstinence from hedonism, a deeper focus on morality and intrinsic values of human life and leading a healthy lifestyle in moderation. These notions somewhat demonstrate that asceticism is a common approach to earthly pleasures, which helps members connect to the spiritual world and open their mindset.

The temperament of using jewelry is not considered a sin, as stated in the opening paragraph, but adhering to strict Christian principles is highly valued and preferred.

Adventists Jewelry and The Bible

As a dedicated Adventist, Rodriguez believed that there are good arguments as to why jewelry is discouraged and arguments as to why it is not clear enough to conclude that all jewelry is bad. Consequently, banning all jewelry is a far-fetched principle. A lot of the lines from Jesus himself and his disciples convey a multi-faceted summary about whether jewelry is truly a detriment in Christian beliefs. For example, lines that support jewelry include payment as reciprocation for services, adornment of leaders as a beautification tool, loyalty, authority and even offerings.

From these descriptions, it is understandable that jewelry is not useless and does show some utility in Christian culture. It is an important part of Christianity to be discussed but the matter is not simple and cannot be reduced to a simple yes-or-no question.

On the other hand, there are also a few lines that suggest that moral character is to be placed above jewelry. The Seventh-Day Adventist Bible Commentary stated that a woman should not be dressed with luxurious jewelry to draw attention to herself, but that her wholesome persona as a human being should reveal that she is a moral disciple of Christianity with respectful demeanor.

This is a very strong argument that could be used to show that jewelry should be restricted as much as possible; at the same time, the central idea of the message is akin to acting with love and compassion based on Christianity’s core values rather than directly claiming that no jewelry is allowed. There is still some distance between the two spectra, and as a result, the most ideal way of life is to be moderate on jewelry, and avoiding using any if possible.

What does Christianity Say About Jewelry?

Christianity is not the only religion that discusses the roles of jewelry as well as portraying a very conservative message toward jewelry as a luxury type of item.

Buddhism for example resembles Christianity in a lot of ways. The most striking principle is the emphasis on asceticism as a lifestyle. The most common motto is, life is misery or something along that line. The concepts “karma” and reincarnation are results of behavior from this current lifetime is transferred to the next life and life never ceases to exist.

Answer: What is the difference between Adventism and Christianity

This shows that Buddhism is very strict on judging human behavior. Because of a rigorously set moral principles, Buddhism favors simple lifestyles and also teaches its disciples to be mindful of others, treat others the way they expect themselves to be treated as such, learn to forgive even the gravest mistakes someone ever does to them, so on and so forth.

The curious case of jewelry would seem very compelling to say that a Buddhist should not pamper themselves with luxury items and become spoiled. However, similar to Christianity, there is certain leeway that a disciple could use jewelry, and this could be seen in monks, even though the amount of jewelry is very limited and not eye-catching. Such typical jewelry items are Buddha pendants, earrings or rings.

These items represent faith, loyalty, divinity and various other religious beliefs such as good health and fortune. They are usually homogeneous in color and very different from certain jewelry such as nail polish these days that would definitely catch others’ attention.

Another religion that deserves a mention is Judaism. Similar to the aforementioned two religions, Judaism shows modesty in how one should wear jewelry. Piercing certain areas of the body with jewelry that would pose health risks is heavily discouraged, even if those areas are not exposed to the naked eyes.

All in all, there seems to be a general consensus between at least certain religions that mental health, physical well-being and moral values of how to become a better person inside and outside are what should be prioritized, and other displays and showings on the body should be moderate, if not restricted entirely.

Pray For Someone Else
PrevPreviousDo Adventists Eat Shellfish? (what the Bible says)
NextDo Adventists Celebrate Thanksgiving? What they eat & WHY.Next