What Makes Adventists Different From Other Christians? 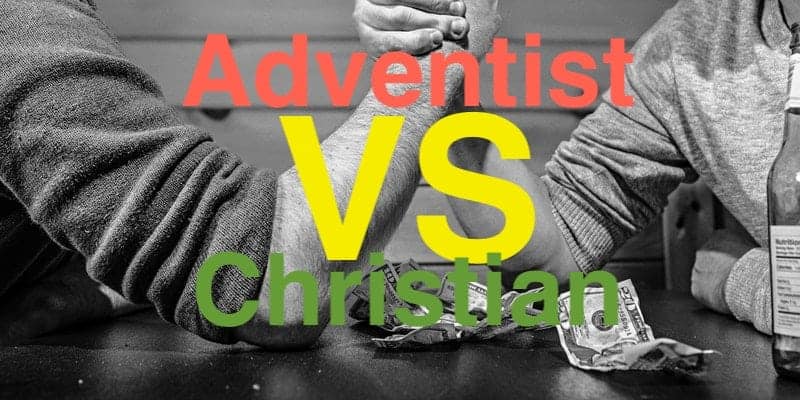 Adventist beliefs differ from most other Christians in diet, Jesus’ returning, prophets, healthcare, baptisms, and education. Adventists live longer than most other people and are more educated due to their religious beliefs.

The Adventist Diet consists of nuts and grains. The majority of Adventists decide to be vegetarian even though the bible allows them to eat clean meats. Since only the healthiest foods should be eaten this leads Adventists to be some of the longest living and healthiest people on earth. The Bible teaches that our body is the Temple of the Holy Spirit. Our diets are a reflection of how we treat that temple.

You will find variations of the same diet. Many Adventists are vegan, and eat only vegetables without any animal products. Others are vegetarians, who eat vegetables but also consume eggs, fish, and low-fat dairy. Still, others eat certain kinds of meat that are not included in the “unclean” meats specified in the Scriptures, particularly in the book of Leviticus.”

Alcohol, tobacco, and drugs are considered unclean and thus are strongly prohibited. They also avoid refined foods, sweeteners, and caffeine. Other unclean foods include pork, rabbit, and shellfish. Fish, poultry, and red meats excluding pork are considered clean meats and can be eaten.

Most Christians, on the other hand, have no such food prohibitions. You can be a vegan, a vegetarian, or a meat-eater depending on your preference, without affecting your spirituality.

Why Adventists do not eat pork

While Christians recognize the dietary laws established in the Old Testament, they were given particularly to the Jewish nation. In Mark 7:18-22, Jesus tells the crowd that what goes inside the body does not defile a person but what comes out from the heart. By saying this, some say that Jesus declares all foods clean.

In Acts 15:28,29, the Apostles prohibited the Gentiles Christians to abstain from foods sacrificed to idols, and from blood, and from what has been strangled. But these prohibitions were given in order not to offend the young Jewish Christians who still practice the Jewish dietary laws.

Adventists observe the biblical Sabbath on a Saturday since it is the seventh day of the week. More specifically, they keep the Sabbath from sunset on Friday to sunset on Saturday. “Advent” means coming and they believe that Jesus Christ will soon return to this earth. So Seventh-day Adventist means (worship on the 7th day and believe that Jesus is returning soon)

The ultimate guide to all things Adventism (5 min)

In the Sabbath law, secular labor is forbidden on God’s rest day. Working for a living on the Sabbath or labor for worldly pleasure is unlawful on that day. They follow the way God has rested after His creation work. In their Sabbath observance, occupations of daily life are to be left, and the day should be devoted to healthful rest, to worship, and to holy acts.

However, this does not mean total inactivity. In both the Old and New Testaments, it is taught that it is lawful to care for the needs and alleviate the suffering of others. The Sabbath was created for man and not man for the Sabbath. The Sabbath is a good day for all, particularly for the lowly and the oppressed.

And although you should do good works on the Sabbath, it should not obscure the chief biblical characteristic of its observance which is rest. Christians are commanded to rest both physically and spiritually in God.

What about Baptism? What Adventists Believe

On the other hand, other Christians are divided when it comes to Sabbath observance. There are Christians who think that the Sabbath law has been abolished by the work of Christ on the cross. Verses like Col 2:18 which says that you should not judge another on their observance of the Sabbath, are used to indicate that man is free from the Sabbath ordinance.

Other Christians still observe a day of rest, the Lord’s day, on the first day of the week, a Sunday. The reason for this Sunday observance instead of Saturday is that the New Testament believers commemorate the rest of Jesus Christ from His work of redemption which happened at His resurrection on the first day of the week. The Old Testament Sabbath commemorated the rest of God from His creation work, which was on the seventh day.

What is the deal with Adventists and Hell?

In their Fundamental Beliefs, the wicked will be consumed by fire which will also cleanse the earth. It is a necessary and complete destruction of the wicked so that the universe will be freed of sin and sinners forever. They don’t believe that sinners will be thrown in hellfire for eternity.

Hell, for them is not a place of torture and suffering. This belief is supported by the fact that God is merciful and will not torture the unrighteous for eternity. Instead of suffering in hell, sinners and all unbelievers will be destroyed.

What you wanted to know about Adventists and Hell

The place called Hell is a place that burns with fire and brimstone. This is called the second death. In Mark 9:44, hell is described as a place where worms die not and the fire is not quenched.

Do Adventists Believe in Heaven?

Adventists believe in a heavenly sanctuary that is set up by God. In this sanctuary, Christ ministers as a High Priest and it started during His ascension. In 1844, which is said to be the end of a prophetic period of 2300 years, Jesus entered the second phase of His atoning ministry. In this phase, the work of Jesus in the heavenly sanctuary is to eradicate all sin.

To other Christians, Heaven is a literal place where God resides. It is a place where humans who trusted in the finished work of Christ on the cross will eventually go when they die. After His work of redemption on the cross, Jesus ascended into heaven and is now seated at the right hand of God ruling the earth and working with us through the Holy Spirit.

The book of Revelation gives us a stunning description of heaven and the activity around God’s throne. Heaven is a sinless state and God will bring His followers there. This is when the world ends. Christians will be made perfect, like Christ, so we can live in this Eden-like environment for eternity.

For other Christians, prophets are men used by God to reveal future events or to deliver His message. True prophets are 100% accurate in their predictions. The Bible warns against false prophets in the age to come. These false prophets will turn many believers away from God. They are wolves in sheep’s clothing.

Many Christians believe that all prophecy has ceased in today’s day and age. The reason is that the Bible is now complete. The Scriptures are now our ultimate source of God’s Word. If anyone claims to have a prophecy from God, we are to use the Bible to test his claims.

Adventists do not believe in celibate priesthood. Pastors can marry. The pastor is responsible for the spiritual direction of the church. He chairs the church board and leads out in the services.

Most Christians believe that the pastor and the elders are the same offices. God commands His people to gather in community and be led by men who are recognized by the congregation to have gifts, and who are then called and qualified as pastor or elders.

Pastors are to shepherd the people of God until the return of Christ (1 Peter 5:1-5). They are to protect, lead, feed, and care for the many need of his flock.

Baptism, for the Adventist, is a public display of faith in Christ. When one is baptized, he officially joins the Adventist church.

Everything about Adventist baptisms explained

In baptism, the believer confesses faith in the death and resurrection of Christ. He testifies to his death to sin and the purpose to walk in newness of life. Baptism is done by immersion in water.

Christian baptism is also by immersion and symbolizes the end of the old way of living and a new start. A Christian who undergoes baptism is testifying his faith in Jesus Christ’s death and resurrection and will live a new life, by faith.

Catholics and some Protestants, like the Presbyterians, believe in infant baptism.

Adventists have a unique end-times belief. They believe in the premillennial coming of Christ as spoken of in biblical prophecies. He will return to take the righteous to heaven in an event called the Rapture. These believers will be in heaven for a thousand years. After the millennium, unbelievers will be annihilated and the Earth will be recreated so that the saved will live there for eternity.

Among other Christian denominations, the views about Jesus” second coming are varied. Most Christians believe that Christ will return from heaven. The second coming is personal, visible, and glorious. It is something that all believers hope for, watch for, and pray for.

Some believe that the church will be raptured before His second coming. Others believe that the taking up of the saints and the destruction of the wicked or the end of the world will happen at the same time.

Jude 14, 15 says that the Lord comes with ten thousand of His saints to execute judgment upon all. Jesus’ coming will be announced with the sound of the trumpet. This will be His final and future coming in judgment overall.

PrevPreviousList of All Adventist Podcasts (with links)
NextDo Adventists Celebrate Christmas? (Everything Listed)Next