Do Adventists Celebrate Christmas? (Everything Listed) 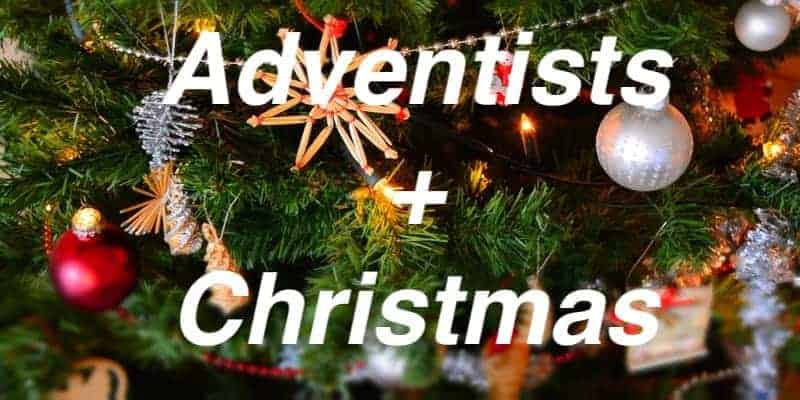 Wilson, the president of the General Conference of Adventism issues a warning on criticizing those that choose to celebrate the holiday and that we must “not to allow the subject of Christmas to become a divisive issue among us, criticizing or alienating those who may see it differently than we ourselves do.”

There is no mention in the Bible of the importance of celebrating Christmas nor the date in which Jesus was born. With that said, observing Christmas is not a requirement nor a condition for membership in the Adventist church,

Ellen G. White (B. 1827-D. 1915), original co-founder of the Adventist faith, recognized the frivolousness associated with the holiday and also saw the good that could be accomplished during the season.

“Thousands of dollars will be worse than thrown away upon the coming Christmas and New Year’s in needless indulgences.. But it is our privilege to depart from the customs and practices of this degenerate age; and instead of expending means merely for the gratification of the appetite, or for needless ornaments or articles of clothing, we may make the coming holidays an occasion in which to honor and glorify God.” (Review and Herald, December 11, 1879).

Does the Bible speak of Christmas?

Aside from the rituals and festivals that were of importance according to the Old Testament, is there any mention of celebrating the birth of Christ on an arbitrary day in December?

The bible does not mention anything about celebrating Christmas, Thanksgiving, political and patriotic holidays, nothing. While there is nothing inherently wrong with celebrating holidays, it is not a requirement or prerequisite for Christianity.

Romans 14:5 says “one person considers one day more sacred than another; another considers everyday alike. Each of them should be fully convinced in their own mind.” (New International Version). To celebrate a holiday or not is a personal conviction that one should never be judged for.

Another point to ponder that correlates with this is an issue can be found in 1 Corinthians 10:31, “Whatever you do, do it all for the glory of God.”

Do Adventists Believe in Easter?

Adventists normally worship on Saturday so they often times will not be in their places of worship on Sunday for easter, but they will definitely go find eggs!

Do Adventists Exchange Gifts on Christmas?

Yes, most Adventists exchange gifts just like everyone else.

Do Other Religions Celebrate Christmas?

Many Christian religions use Christma stime to celebrate and remember Christ’s first coming as a baby born of a virgin (Mary). Churches put on Christmas pageants, sponsor food and toy drives for the less fortunate, and hold candlelight services as a means to remember the coming of Jesus.

There are even some non-Christian religions that celebrate the season. An Example- While Muslim’s don’t believe in Jesus as Son of God, the do believe that Jesus was an important person as well as his Mother. An article on PJ Media, sites a large section of Buddhists and Hindu’s in America also celebrate Christmas. Some to assimilate into American culture and others as a way to recognize the good that Jesus did.

Adventists do have diet restrictions

Many people without religious affiliation use Christmas as a time to be closer with family and friends , and to possibly participate in traditions that make them feel like there is some good in the world.

If the holiday you want to celebrate can be used to further the Kingdom and bring glory to God, is it a bad thing?

Paul writes in his letter to the Colossians “Therefore do not let anyone judge you by what you eat or drink, or with regard to religious festival , a New Moon celebration or a Sabbath day.” (Colossians 2:16 New International Version). This was an instance in which Paul was warning the people against the false belief that they must continue practicing the old Jewish laws and rituals in order to have a relationship with Christ. They did not have to continue in the old traditions since they were now covered under the blood of Jesus’ sacrifice.

Here is what Adventist’s believe about Baptism

The Kingdom Hall of Jehovah Witnesses is one such religion that believes in Jesus but does not celebrate His birth, only His death. According to an article on jw.org entitled Why Don’t Jehovah’s Witnesses Celebrate Christmas, one such reason given for skipping the festivities is that they “believe that Christmas is not approved by God because it is rooted in pagan customs and rites.” Incidentally, this is also a belief held by some in the Adventist church. Jehovah’s witnesses actually do not celebrate any holidays, not even birthdays as it is seen as a form of creature worship.

What Sets Adventists a part?

There are several items that set Adventists apart from other sects of the Christian faith. One such difference is the celebration of the Sabbath on Saturday as is the Biblical custom. Most evangelical Christian churches hold services on Sunday, which is a practice that Adventists find unbiblical.

As far as the afterlife is concerned, Adventists believe that upon death that the soul will actually just go to sleep until Christ’s second coming. No admittance to heaven hell occurs until Jesus’ return. They also recommend, but don’t require, their members follow a vegetarian diet in order to be at their most favorable health wise. Ellen G, White’s teachings also warn Adventists to abstain from alcohol, tobacco, and drugs (NPR link below).

Since Adventists do not have church on Sunday’s, they do not have an Easter Sunday celebration. The importance of Christ’s resurrection is paramount in the religion, but they don’t partake in the secular parts of the holiday.

Pray For Someone Else
PrevPreviousWhat Makes Adventists Different From Other Christians?
NextDo Adventists Eat Shellfish? (what the Bible says)Next