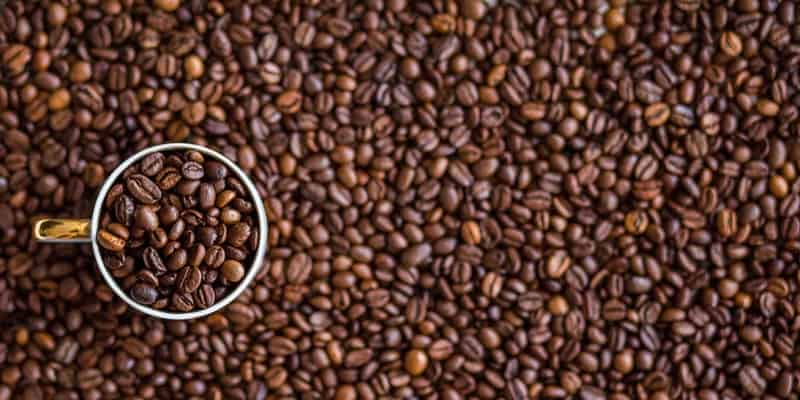 Full Disclosure: As I am writing this, I am at Starbucks drinking a cup of coffee.

Adventists are discouraged from drinking coffee and other drinks that may contain caffeine. Tea, soft drinks and CBD are also being discouraged as well as tobacco and alcohol. They believed to have a holistic approach when it comes to their diet. Basically, only put life-enhancing things into your body.

Everything starts to break down as caffeine is seen to be less and less terrible. Sure, it is a stimulant, but there are some benefits to drinking coffee as well!

Like any religion, there are plenty of differing beliefs on the topic, here we are going to try and cut through the “he said she said” and dive into it.

Adventist vs Christians on Diet

Adventists have many different believes when it comes to comparing to other religions. Adventists are known for only eating some types of meat and fish that is “clean” according to the Bible. Pork is not allowed on their diet same as with Islam.

But when it comes to Caffeine, things take a turn.

Caffeine is a stimulant for the Central Nervous System. It is a type of psychoactive drug which is legally consumed by many people all over the world. Since it can help people with their performance, it is also being added to sports drinks. Stimulant basically makes you faster. (sometimes a bad thing)

Coffee is a drink that has caffeine which you can both enjoy hot or cold. It is addictive only because caffeine is a stimulant. You can find coffee anywhere around the planet. There are many coffee drinkers around the world and according to a random study I found, 4 out of 5 people are coffee drinkers.

Soo We have clarified what it is, but Why do Adventists believe this way?

Adventists are referring to what the Bible says about certain foods and what Ellen G. White, one of the co-founders of the 7th Day Adventist church, has said.  More or less, drinking coffee is a sin because it is like giving into indulgence. Caffeine can cause harm to the body.

Since coffee contains caffeine which is a stimulant, Adventists took it to have the same effect as alcohol (Depressant) [read Adventists vs Alcohol]. It’s just the opposite effect. It is mention from one of the articles titled, Not A So Perfect Cup Of Coffee. Coffee is an addicting type of drink and it is bad for your health.

What does the bible say about drinking coffee and caffeine?

Drinking coffee or consuming caffeine in moderation is not a sin. If someone tells you, just say, “I guess I will see you in hell then”. Since it doesn’t hurt our body. God gave us plants and animals for our own consumption.

Addiction to caffeine is the bad part. If the addiction is causing any harm to the temple of God which is our body, it probably isnt the best.

It is also written from one of the 28 Adventist Fundamental Beliefs (The core of the Adventist Church) about Christian Behavior which is number 22 from their beliefs. Any food or drugs that is harmful to our body is a sin. They abstained from all those things aside from caffeine. Adventist believe that you have to keep your body healthy to give glory to God.

What do other religions believe about coffee and caffeine?

Other religions such as Islam call coffee “wine of the bean” which is better to consume than alcohol. Since alcohol can affect our thinking, coffee is a better option. For Catholics and other religions in general, caffeine is a stimulant and coffee is just another drink to enjoy.

What do Adventists believe about sports drinks? (Monster, Redbull, etc).

Since sports drink contains caffeine, it is basically the same thing as coffee. A sports drink can stimuli the brain and the nervous system, it is also part of an unhealthy diet.  Adventists, in general, are for the healthier option in just about any situation.

Things You Should Know About Adventist Beliefs

Adventists believe and follow 28 Fundamental Beliefs as their doctrine. This is similar to the 10 commandments, just for Adventists only. It covers all aspects of faith and belief for Adventists to follow.

1. The Holy Scriptures
It’s both the old and new testaments or as known as the Bible.

2. The Trinity
The unity of the Father, the Son and the Holy Spirit.

3. The Father
God as the creator.

4. The Son
The son of God incarnates in Jesus Christ.

5. The Holy Spirit
God as the eternal spirit.

6. Creation
How the world is created.

7. The Nature of Humanity
Men and women are in God’s own image.

8. The Great Controversy
The conflict between Christ and Satan.

9. The Life, Death, and Resurrection of Christ
This is about Jesus Christ’s life, death and resurrection for the sake of man kind.

10. The Experience of Salvation
Faith and salvation through Christ the Savior.

11. Growing in Christ
This is how our sins are forgiven through Christ’s sacrifice so that we can also be righteous for God.

12. The Church
A community of believers that Christ is the Lord and Savior.

13. The Remnant and its Mission
The remnant has to keep the commandments of God and faith of Jesus Christ.

15. Baptism
It is when your sins are forgiven and acknowledge Jesus as Lord and Savior.

16. The Lord’s Supper
It is the participation in the emblem of the body and blood of Jesus Christ.

17. Spiritual Gifts and Ministry
Each member employed to the church for its common good and humanity.

18. The Gift of Prophecy
Prophecy is one of the gifts of the Holy Spirit.

19. The Law of God
The Ten Commandments.

20. The Sabbath
It a must to do worship on the seventh day of the creation.

21. Stewardship
We are responsible to God to properly use his blessings for us.

22. Christian Behavior
We are godly people so we have to act as good beings.

23. Marriage and the Family
It’s a lifetime union of a man and woman.

24. Christ’s Ministry in the Heavenly Sanctuary
Believe that there is a sanctuary in heaven.

25. The Second Coming of Christ
This is the grand climax of the prophecy.

26. Death and Resurrection
Sinners’ punishment is eternal death but those who are worthy will get resurrected.

27. The Millennium and the End of Sin
It’s the thousand reign of Christ.

28. The New Earth
God will give an eternal home for the redeemed.

Adventists have different beliefs compared to other religions on a variety of topics. Most religions also believe that our body is the temple of God. However, as you have learned, Adventist doctrines are more straight to the point when it comes to taking care of their health.

Caffeine may be just the usual thing for most people. To Adventists, it is something to consider when deciding on healthy options to include in our daily lives. The core of Adventism is making sure that they can keep up with their health so that they will be the best vessel possible.

PrevPreviousList of All Adventist Musicians **With Spotify Links
NextDo Adventists Wear Wedding Rings? (Why and Why Not)Next