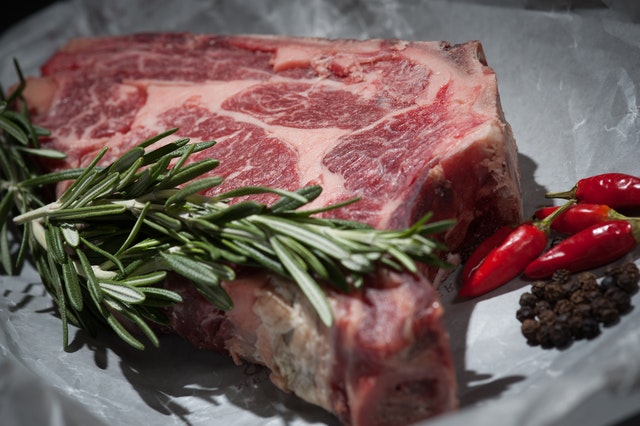 The Seventh-day Adventist diet is very popular but still, most people don’t have proper information regarding it. Most Adventists are vegetarian, but there are a few guidelines found in Leviticus that guide what should and should not be eaten.

The Health Benefits Of The Adventist Diet

After discussing the basic information regarding the Adventist Diet, it’s time to put some light into its benefits. So here are some main benefits of an Adventist diet that everyone should know:

View our posts on
Can We Eat Goats?
Everything About Meat Explained
Adventist Foods like Pork

It Can Increase Lifespan

One of the main benefits of the Adventist diet is that it may help in increasing the life span. In 2005, the story was published by the National Geography that identified that Adventists residing in Loma Linda, California, which is one of the 5 Blue Zones, live longer. It was reported that the main reason why they live longer than the rest of the world is that they follow the principles of the Bible Leviticus. Their lifestyle includes eating a fiber-rich diet, being active, and consuming plant-based foods.

According to researches, 95% of the people residing in Blue Zones, (the areas where the majority of the population live more than average), live more than 100 years. It was also found that consuming a plant-based diet can also prevent early death and increase the age by 2 to 4 years.

It Can Reduce The Risk Of Different Diseases

The Adventist diet has always been a topic of debate and many researches and studies were also done to explore its effects on health. Speaking of studies, AHS-2 is one of the most famous Adventist Studies. The interesting thing about this study is that it was done with over 96,000 Adventists. The researchers analyzed them and looked for a connection between disease, diet, and lifestyle.

Surprisingly, it was found that people who consume a plant-based diet are less likely to suffer from health conditions such as obesity, high blood sugar, and high blood pressure. All these are the main factors that cause heart diseases, which simply means that a vegetarian diet can protect you from heart diseases.

It Can Help You Lose Weight

Another great benefit of the Adventist diet is that it may help you lose weight healthily. According to different researches, whole foods help you maintain a healthy weight in comparison to animal-based diets. The AHS-2 also found that vegetarians had the lowest BMI (body mass index). It was found that the average BMI of non-vegetarian was much higher than people were following the plant-based diet.

Along with this, when the researchers review the 12 studies, which included 1,151 participants, they found that people who consumed the plant-based diet lost more weight in comparison to people who followed a non-veg diet.

What’s the deal with Meat?

Before jumping into the other important things, you must know why it is not allowed to eat meat. So let’s start from the beginning, so you can understand everything better. The Seventh-day Adventist Church was founded on 21 May 1863 and it is a Protestant Christian Group. The main thing that sets this group apart from others is that they have very different beliefs. They strongly believed that the Seventh-day of the week is the day when we should take leave from our jobs and worship God.

This church was very popular for its message and teachings on health. The church teaches about the benefits of being healthy and how it can help us to make better decisions to make our lives better. It teaches people to understand God’s word and spend time in the service of God. They had a strong belief that their body is a holy temple and must be treated well and fed the right foods. Their diet is based on the Bible Leviticus, that’s why they avoid all the foods that considered unclean in the Bible. These foods include meat, alcohol, drugs, and tobacco.

Adventists who consume meat do not consume meat from certain fishes, pigs, and other animals that the Bible considers as unclean. The majority of Adventists are vegetarian and they don’t consume any animal’s products and tend to maintain distance from drinking, smoking, and all the other harmful things.

What is The Adventist Diet?

The Adventist Diet is a plant-based diet that was made by the Seventh-day Adventist Church. This diet focuses on eating vegetarian food items such as whole foods. This diet was created according to Levitical Law and its main motive is to promote Vegetarianism (Veganism), holistic dietary and better hygiene, and better healthcare practices. This diet discourages the consumption of any kind of animal product. It also avoids foods, beverages, and all substances that are considered unclean in the Holy Bible. However, the Adventists are allowed to eat to clean meats but they always tend to stay away from the rabbit, pork, and shellfish as these are considered unclean meats.

Clean meats are considered to be the same as kosher meat. Though to consume kosher meats, it is also important to follows the Jewish dietary laws to slaughter and prepare it.

There are many reasons to follow the meat laws. It doesn’t only provide you different health benefits but it is also considered as a great religious activity. Apart from this, Ellen White, one of the founders of Seventh-day Adventist Church, had a vision in 1863 in which God delivered her the health improvement message. This message was based on the reforming of health and one part of the message was that pork would cause different health problems such as cancer, that’s why all Adventists should avoid eating it.

PrevPreviousPrayer And Meditation – Explained for All (*With Examples)
NextIs Adventism a Cult? – Answers To All QuestionsNext